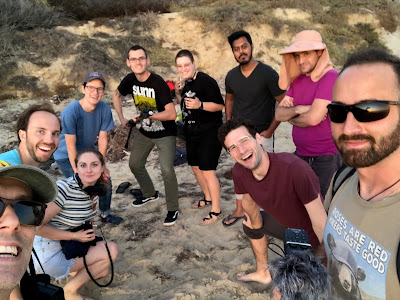 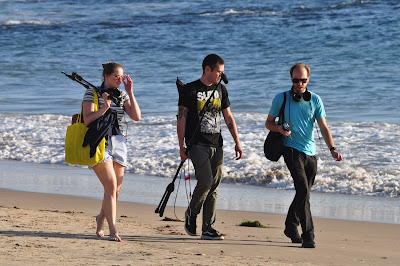 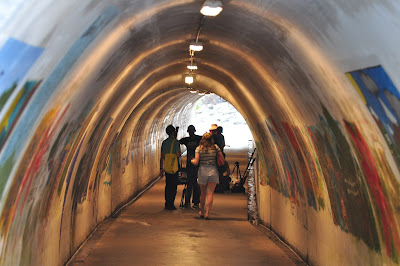 We started out at the central section of the beach, where there are few cafes and lots of people. Some groups chose to wander far from the people to get some isolated sounds, but others chose to embrace the public and get some 'folks at the seaside' recordings. 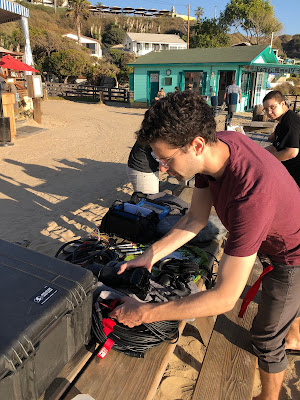 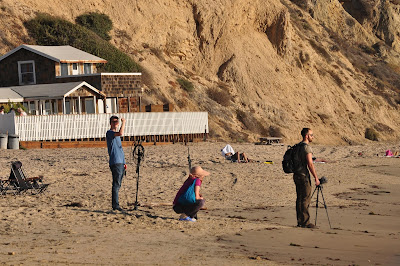 After that, we packed up and drove the north edge of the park, which was virtually deserted except for a few seagulls.  We hoped to get some sounds of sea spray on rocks, but the surf was decidedly down that day.  Oh well.  At least we got a great sunset! 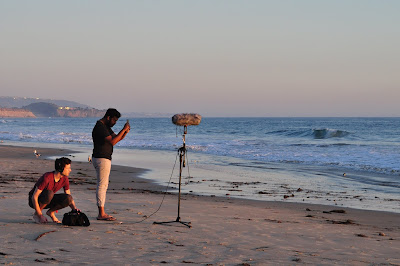 The student are now madly editing the sound effects and editing metadata.  Once that post-production process is complete, the sounds and metadata will be uploaded to our sound effects server so that the UCI Sound Design community can have access to it in perpetuity.  Once all that is done, I'll share some examples here!

Posted by Vincent Olivieri at 9:51 PM