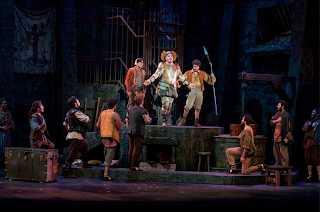 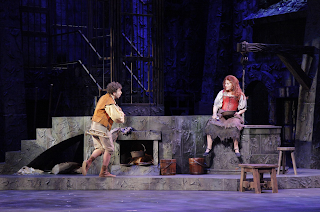 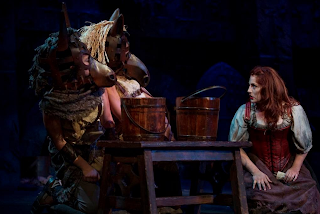 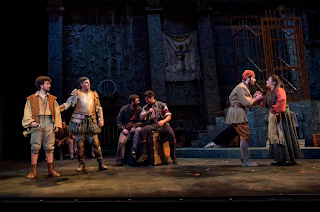 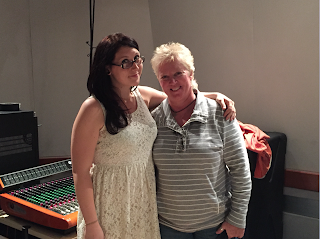 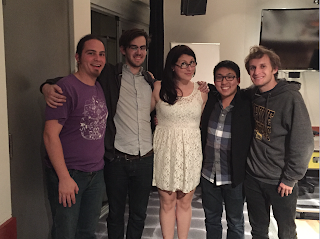 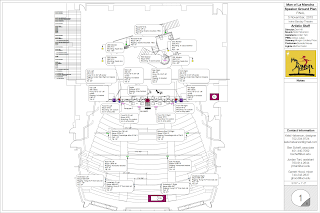 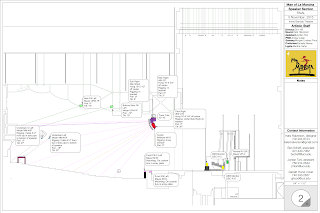 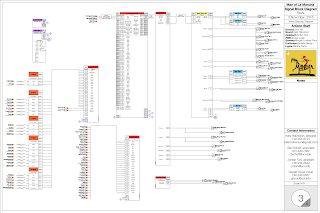 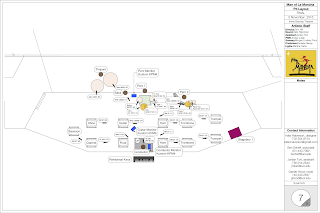 Posted by Unknown at 9:52 PM No comments:

Last night were the LA Ovation Awards, the annual presentation of awards for theatre in the greater LA area.  The Design Awards are divided into awards for Intimate Theatres and Large Theatres.  Last night, was a great night for UCI Sound as alumnus Noelle Hoffman and lecturer Drew Dalzell won the award for Outstanding Sound Design for a Large Theatre!

And, not for nothing, but John Zalewski, who won the Outstanding Sound Design for an Intimate Theatre, has been a guest artist and critic at UCI for a number of years now.

Congratulations John!
Posted by Vincent Olivieri at 12:34 PM No comments:

Does this building sound good to you? Sound Consulting in 255 with Davin Huston

Sound Consulting. Is that what happens when a professional tells you what sounds to use or what constitutes a “bad” design? These may be some of the questions that we think of when it comes to Sound Consulting. Consulting can be seen as system design and the collaborative process between architects and project managers among others to create a good-sounding, clear, and user-friendly sound system capable of doing whatever the client desires. And very few clients will have a comprehensive knowledge of sound. If there’s a problem, they want it to be fixed. End of story.

To kickstart our own endeavors into this unique world of sound we had Davin Huston, Clinical Assistant Professor of Purdue University and former consultant for the Kirkegaard Associates architectural firm show us the world of sound consulting for both large and small projects. Ranging from getting a church PA system to have intelligible vocals during services or an installation of complicated audio/visual networks and systems within a brand-new company building, the process and end goal for an sound system that just works is one and the same.

In the overview of what it means to be a consultant we learned a few do’s and don’ts in the process:

It does the consultant no good to try to understand what the system ‘kinda has to do’ and nor does it help the client by spouting data and technical jargon to justify the level of importance or knowledge. It’s confusing and can make headaches an unnecessary strain on the whole process.

“empathy never goes away, no matter the budget.”

No matter how savvy the client may(not) be nor if they have the fanciest equipment at hand, we must find a balance that will bring out the best their budget can afford while allowing us as the consultants to do the highest quality work we can. There are those who will depend on the system day in and day out and it falls on us to make to make that a reality.

Turn on the TV, plug in computer, attach HDMI/VGA adapter, press a few buttons, get webcam to work, press more buttons, have video conference with powerful and important person across the country. Or alternatively, turn on the system and hear a pastor sing and allow his voice to warmly fill the space for everyone to hear. The system works without a hitch. No need to call tech support. A world of headaches and stress gone. That’s magic.

Consulting boils down to the fundamental level of communication and doing whatever we can to make sure everyone is on the same page is the greatest thing to strive for.

Huston went on to break the process down into 5 Steps which I’ve  copy and pasted below.

Step 1: Programming. What do you want the building to do? No Makes/Models or paperwork.

Step 2: Schematic Design. Take drawings from napkins and go to AutoCAD.  Quick decision making back and forth with the architects.

Step 3: Design Development: CAD drawings become more permanent, and at the end it gets bid out to contractors. Start roughing in budget.

Step 4: Construction Document: Finish the drawings, spec things.  What shows up might be different: “Good. We can solve this with code,” or “we’re gonna need some more EQ.”  Don’t expect the best things to happen and account for unforeseen events (“I didn’t even have appendicitis when I came in; why are you taking my appendix out?”)

Step 5: Construction Administration: Build the building. Make sure the conduit is in the right place. The moment things are built, they become pretty permanent. NEVER MARRY YOUR SOUND SYSTEM.

These phases can vary in length depending on the project. Some a matter of months and others years in just the second and third phases alone.

Davin Huston’s talk was incredibly informative and this speaks not only to the realm of consulting but has many applications in theatre. Our fellow designers on a production will most likely not have the same technical understanding we do (that’s why we have the job!) and to best communicate our ideas to create a spectacular piece we have to find the best ways to interact and get our points across. Tech weeks are tough and can be hellish nightmares when we have so many things to work on, it can only get worse if our systems don't work! It is during this time that we must get everything working perfectly and prepare for the worst: what if our operator has never even touched a piece of sound software before? We need to make the system work under any circumstances.

And when we're at wit's end, everything comes together in the final moments and it truly is magic.

"The difference between a good consultant and a great one is the usability step. Your job is to make sure when they use their sound system, it just works."

“The SPL meter does not tell you the happiness level of people in the space.”

Regarding German software developers: “You must have all the buttons!”

Another software: “I live in Sweden, live in a cabin, write software, and kill *moose*”

Doing line array calculation by hand: “What is math anymore.”

Line arrays: “They are large and in charge, and ya know what they are *not* appropriate. Think about your damn decisions.”

Posted by Anonymous at 7:08 PM No comments: