Back in a previous life as a web developer, Friday afternoons in the office were made a little more bearable thanks to a game called Layer Tennis.  In this game, two artists trade a Photoshop file back and forth every 15 minutes for 10 rounds. Each artist creates 5 banner images from a mashup of the previous rounds plus any other inspiration they care to draw from.

I'd long wondered how Layer Tennis would be played using sound instead of images.  I told Vinnie about the game, and we came up with a longform version for our Trends in Modern Sound Design class.  I'm calling it (sound) Track & Field (recordings).  It's one part Layer Tennis, one part Guerilla Sound, and one part Telephone Game.

We setup two teams: Stephen Swift, Josh Fehrmann, Brian Svoboda, David Backovsky; and Patricia Cardona, Matt Glenn, Mark Caspary, Michael Matthews.  Each week, the team's Pro Tools session would get passed to the next member in line like a baton in a relay race.  Each designer then had 1 hour to create a 30 second audio clip, which would get placed on the master track right after the previous clip ended.  For the first week, everyone created a 30 second sound clip as a jumping off point; so actually, each team was responsible for four Pro Tools sessions, and the one you were personally responsible for that week was just based on where you were in the rotation.

We've been going at this for seven weeks now, and collectively have generated a half-hour of audio: that's 8 relay games, each with seven 30 second sound clips strung together.  We've posted them here for your entertainment... Enjoy!

Recently, for our last class session of my Trends in Modern Sound Design class, we took a field trip across town to Blizzard Studios.  If you play video games at all, chances are good that you have played a Blizzard game at some point in your life (their products include World of Warcraft and Diablo, both of which get screen time in my house). Blizzard is known for creating immersive designs with a lot of attention to detail, and we wanted to see how their sound team handled such large and complex projects.

We all had to sign nondisclosure agreements, so I can't talk much about what we saw on our visit, but here are some things I can say:

While on our visit, we spent time with a number of people in the sound/music area who each took time to show us a bit of what they do and talk to us about the game sound world. Thanks to everyone at Blizzard for a great visit!

And, here's the obligatory photo of our group in front of the Blizzard Orc: 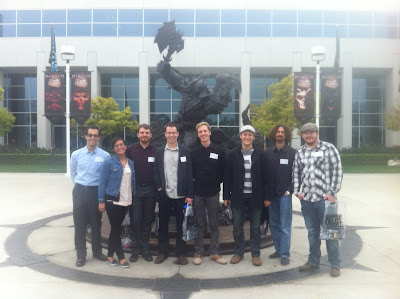 Posted by Vincent Olivieri at 9:32 AM No comments: 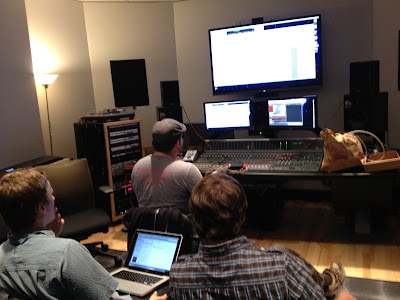 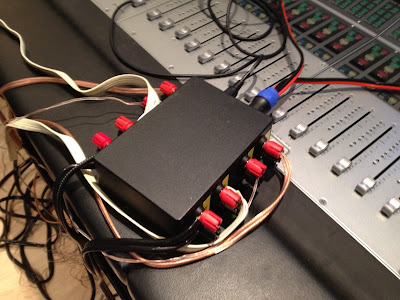 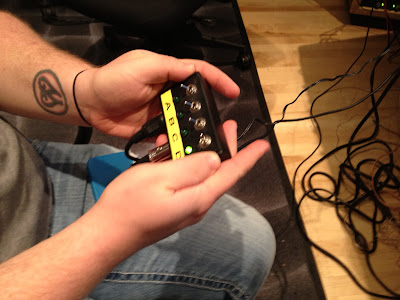 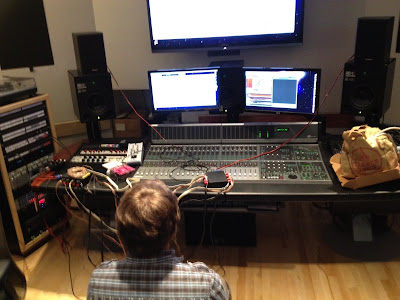