According to this link on Huffington Post, Apple has pulled the Airfoil App from the iTunes store.  I know of a lot of sound designers who use Airfoil to stream audio wirelessly to an iphone/ipad.  It's a economic solution to a problem (so long as you have an iDevice, that is).  No news yet about why, though there's speculation of an audio-streaming feature in a future Apple update...

Sound Designers... be warned!  If you rely on Airfoil, be careful about updating apps and OS-es...
Posted by Vincent Olivieri at 9:15 AM No comments:

Run, do not walk, to Google.com for the Google Doodle in honor of Bob Moog's birthday.

Posted by Vincent Olivieri at 10:12 PM No comments: 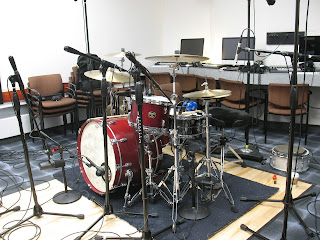 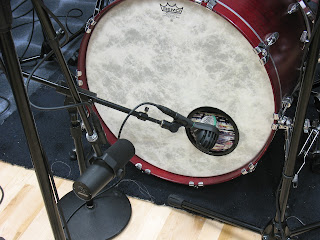 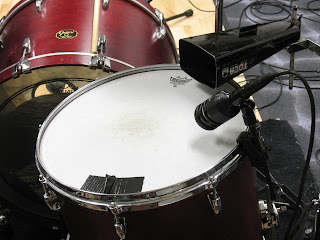 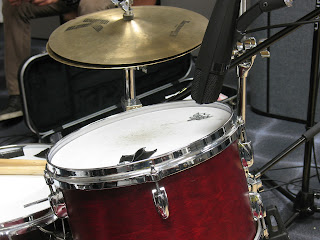 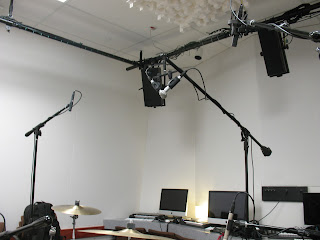 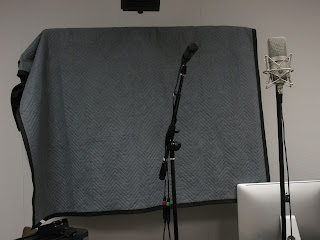 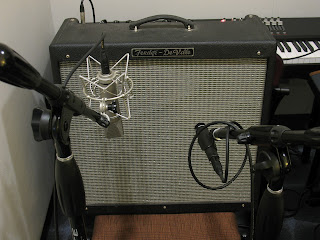 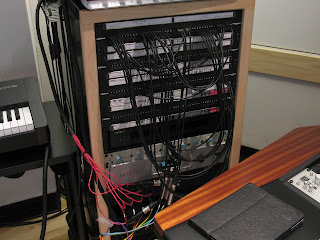 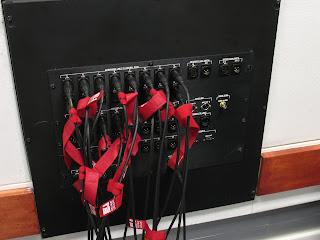 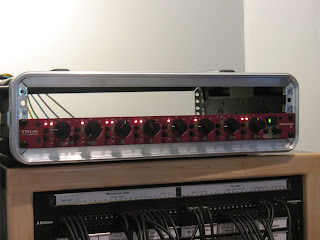 Posted by Matt Glenn at 2:52 PM No comments:

Mother Courage and Her Children

For the past 12.5 months, I've been working on a score for a show at UCI.  Mother Courage and Her Children is a staple of the Western canon, written in the early 20th century by Bertolt Brecht. The play takes place during the 30-years war, and it primarily concerns one women's life as she tries to survive the war as a merchant. Over the course of the play, she has success and failure, but ultimately (surprise, surprise), the war takes its toll on her.

Brecht is synonymous in the theatre world with the phrase 'alienation effect,' which, briefly, means that the theatre makers should take steps to ensure that the audience remains aware that they're watching actors in a room, not real humans named Mother Courage, Kattrin, etc. Brecht wanted the audience to have to juggle sympathy for the characters with an objective analysis of the theatrical mechanisms by which they're being manipulated.  One of the ways that Brecht achieves this goal is by writing about a dozen songs into the text (the theory being that the break with reality caused by actors breaking into song will remind the audience that they're watching a play, not real life).  Thousands of pages have been written on alienation effect, and I'm just touching the surface.

Our production at UCI was directed by 2nd-year MFA student Ryanne Laratonda and featured scenery & video by Luke Hegel-Cantarella, lighting by Lonnie Alcaraz, sound by Stephen Swift, and stage management by Brandy Lee Hatcher.  It ran last weekend, and during tech rehearsals, I made some videos of the songs.  I'm posting them here for you!

When I sit down to write song, I always start by focusing on the text. In this case, I sat down at my piano, copied the text, and then read it out loud to myself over and over until I understood how the words flowed naturally.  The natural flow of the words directly fed the rhythm of the text, which fed the rest of the music. Once I understood how the words flowed, I could begin to set them to music, incorporating ideas that I pulled from the research I had been doing (Tom Waits, Beat Circus, Kurt Weil, etc.).

I drafted all of the songs in August/September '11.  In late September, when we had callback auditions, I brought a few of the songs into the callbacks with me.  I taught them to the actors, and we were able to use some of the actual songs in the show as audition pieces for the cast.  The actors, incidentally, were mostly untrained as singers.  We were definitely looking for a more raw sound for the cast, and casting actors without a lot of formal singing experience brought some of that rawness to the music.

One of the big question marks for the music was what the orchestra instrumentation would be.  I had only written piano and vocal parts, and we knew that we wanted to use actors in the band (as opposed to finding a separate group of musicians).  For callbacks, we asked every actor who played an instrument to bring their axe to the callback auditions.  I was nervous about what kind of instrumentation we'd get, but I ended up pleasantly surprised by the variety of instruments (including guitar, violin, recorder, and others).  In the end, we settled on piano (with two musicians), tenor sax, alto sax, and clarinet.  Shortly after callbacks, two actors who did not play instruments emailed me to volunteer to be percussionists, so I ended up with a nice little percussion section as well.

Once I had the instrumentation established, I could orchestrate the music.  One rule I set for myself, since I was working with actors who were not necessarily trained singers, was that the vocal line would almost always be doubled by one of the reed instruments.  This gave support to the vocal line and gave a little bit of a crutch to a singer who might need a little bit of extra help.  After that, my orchestration process basically followed my training as a percussionist: I wanted to use the instruments to propel the rhythm and cadence of the song forward in time.

It took me a month or two of on-and-off working to get the arrangements to a useful place, and I was able to schedule a rehearsal with most of the orchestra before formal rehearsals even started.  Once regular rehearsals started, having the band made up of actors was a terrific (and entirely intentional) boon for us.  Unlike musical theatre, where the orchestra doesn't show up until the sitzprobe, our orchestra was with us, in rehearsal, from day one.  That allowed me to work with the musicians, work with the singers, and continue to tweak my arrangements. We found a number of significant edits in the music that helped the show in major ways.  I wouldn't  have been able to make those changes had we not had the band with us in the rehearsal hall.

Once we were in tech rehearsal, I was making small changes to the music. I'd change a vamp, add a sax line, swap out percussion instrumentation. Mostly, I focused on making the music flow well within the rhythm of the play. How do we set up appropriate vamps? When should the music for the next song start? When should it end? How does the music connect rhythmically with the sound? The lights? The video?

It was an excruciatingly hard week last week, but we opened and completed our run to great success.  I'm very proud of the show, and I hope you enjoy watching the videos from Mother Courage and Her Children!

The Song about The Soldier and His Wife:

The Song of Fraternization:

The Song of the Hours:

The Song of Great Capitulation:

From Ulm to Metz:

Posted by Vincent Olivieri at 8:38 PM No comments:

Yesterday, the Tony Award Nominations were released.  Congratulations to all of the nominees, but we want to extend a special congratulation and best-wishes to Darron West, who visited the graduate students last fall.  Here's shot of Darron demonstrating his basketball skills: 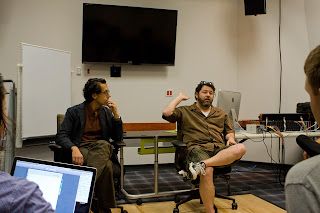 Darron was nominated for his work on Peter and the Starcatcher.  Congratulations Darron!  We're all pulling for you!
Posted by Vincent Olivieri at 12:49 PM No comments: