This past week, five UCI Sound MFA students and our fabulous faculty took a trip south to Fort Worth for the annual USITT convention.  This year, thanks to a whole host of its sponsors including our friends at Meyer Sound, d&b audiotechnik, Yamaha, and Shure to name a few, USITT put on it's second version of SoundLab! SoundLab was a wonderful way for us to get our hands on some new gear, and have some time to explore it and hear it.

The adventures started on Sunday and Monday, as a whole group of us sound students from across the country loaded in the first PA system - one of their new J-series array systems.  Once the arrays were in the air, SoundLab kicked off. One of the coolest parts of the week for me was having the opportunity to mix 4 live bands, with Jim van Bergen (JVB) and Buford Jones looking over our shoulders.  It's really not every day you get to mix music with incredible minds like those two gentlemen giving you tips and tricks.  A special thanks to Erik Alberg, Eileen Smitheimer, and our own Mike Hooker and Vinnie Olivieri for putting these opportunities together.


For the second half of the week, we packed up the d&b rig, and flew the brand new Meyer Lyon arrays.  WOW!  All of us agreed that it was a contender for the best speaker we've ever heard - flat frequency and phase response, and almost no distortion or breakup, even well above 100dB!

The whole week was filled with other awesome sound stuff, including a memorable slideshow to celebrate Bob McCarthy's distinguished achievement award, JVB's microphone dressing clinic, and the opportunity to learn about some things we've never really gotten an opportunity to dig into before... like Out Board UK's TiMax!!  Duncan and Dave were especially gracious in showing us the ropes of their machine and chatting about some of their experiences installing it!

Of course, while you're in Texas, you can't pass up the barbecue, TexMex, Cajun food, the Stockyards, and the Dallas Theater Center (we were able to see DTC's production of The Fortress of Solitude - absolutely wonderful show!).  Thanks to everyone who made UCI Sound's journey to Fort Worth so educational, and a whole lot of fun!

Posted by Anonymous at 6:06 PM No comments:

Early this year, I had the pleasure of designing Angels in America Part I: Millenium Approaches in the Robert Cohen Theater at UC Irvine. The show represented a portion of my thesis for my MFA degree. The sound team for the show consisted of Mark Caspary (MFA 2) as the composer and Kelsi Halverson (MFA 1) as our assistant. The show was directed by Gavin Cameron-Webb. For those unfamiliar with Tony Kushner’s play, Angels is a fantastical portrayal of the lives of a diverse group of people living in New York City at the peak of the AIDS epidemic in the mid-1980s. The play slips fluidly in and out of real time and the real world as the characters interact with ghosts, invisible voices, hallucinations of each other, and, of course, the Angel herself. This style presents the design team with ample opportunities to change perspective and direct the audience’s focus.

The production took place in the Robert Cohen Theater, configured in a three-quarter-thrust configuration. With only three rows of seats in each audience section (a total of about 85 seats per show), the experience was both intimate and different for every seat. It became immediately clear during initial talks that the show would be extremely music and sound cue-heavy, so I knew I wanted to design a simple sound delivery system. The main speaker positions consisted of Meyer Ultra-series loudspeakers, with a UMS-1P subwoofer. The team also agreed early on upon the use of small wireless speakers throughout the props and set pieces to localize certain sound cues or to create the effect of a radio on-stage. For this setup, we purchased four Altec-Lansing IM237 battery-powered speakers to combine with UCI’s Shure PSM-900 In-Ear Montor system. The content played back through Qlab 3 and into a Yamaha LS9-32, allowing me to route a couple of sends from Qlab to some of the console’s built-in reverb effects. I also decided, in conjunction with lighting designer Stacie Marie O’Hara, to trigger certain light cues with Qlab via a MIDI connection.

In initial discussions, we decided as a team to create a build of tension and anticipation throughout the show that culminated in the reveal of the angel at the very end. Mark and I decided early on to root the earliest sound and music cues in reality and to slowly expand the soundscape into a more and more otherworldly and non-diagetic style throughout the show. The shape of the space, in combination with my speaker placements, helped facilitate this illusion. Having positions in front, above, and behind the audience, as well as upstage and in the on-stage practical speakers, meant that I could easily define a space and source for the sound and music based on the scene—from a focused point (e.g., Harper’s radio) to a nebulous, reverberant, cerebral space (e.g., Harper/Prior’s shared dream).

The process of discovery and creation on this show began in early October and continued full-force until opening night. I consider it incredibly fortunate that composer Mark Caspary and I have collaborated together before, as we have already developed a language and an understanding of each other’s working styles. Despite our respective titles in the program, Mark and I produced most of the sound elements and music together. This took advantage of the power of two brains over one, but also ensured that we were always up to speed with one another’s progress and creative decisions.

With such an enormous show, it was imperative that the design team stays on top of all changes to the designs. I communicated significantly with Stacie to make sure that lighting and sound gestures worked harmoniously, and to program Qlab’s MIDI light cues with accuracy. David Phillips (scenic) and I kept in touch to track locations of props and furniture in which I hid a wireless micro-speaker. Leanna Moore (costumes) and I made sure that Hayley Palmer, the actress playing the Angel and Emily the nurse was comfortable wearing a body mic during two key scenes in Act III. Our collective designs went through many drafts, with each design undergoing at least one major revamp along the way.

Angels was an immense undertaking for all and I’m very proud of the work that was done. Team sound worked seamlessly well together (including Tariq Malik and Gabriel Barriga on audio crew). Congratulations to all on a fantastic run!

To hear sound clips from the show, please visit my web-based portfolio. 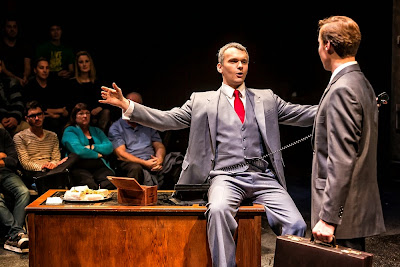 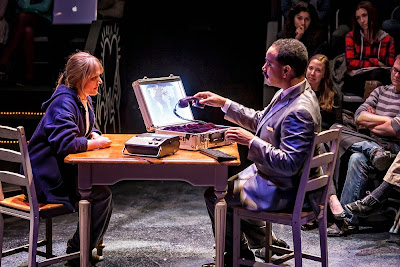 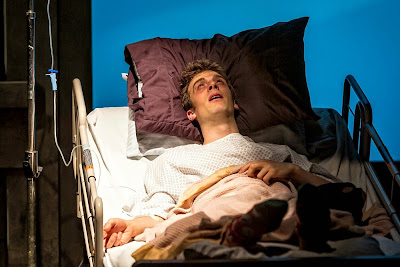 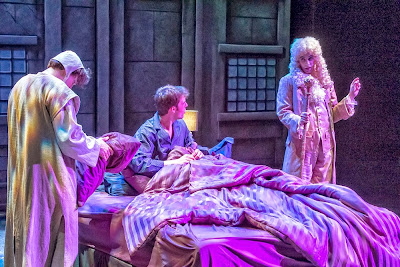 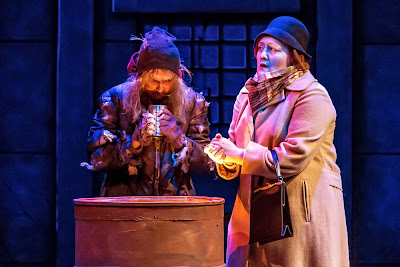 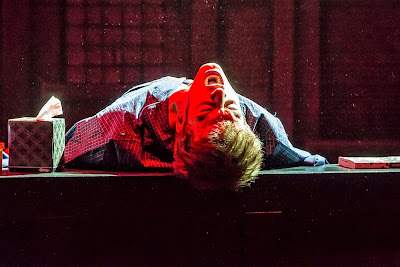 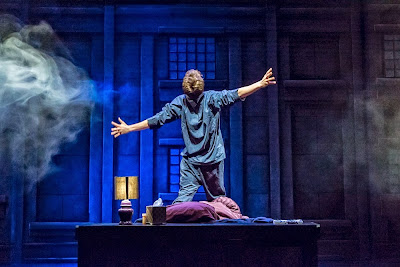 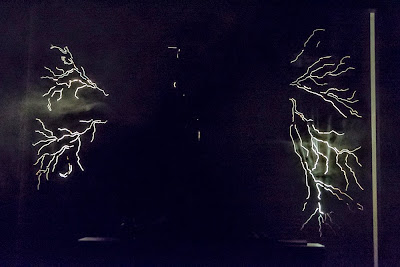 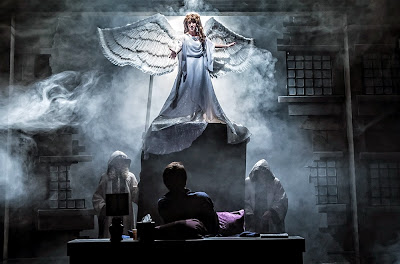 The Design faculty at UCI is delighted to announced that Karli Blalock has been granted Honors in Sound Design!  Karli has only been studying sound for a year and half, but she made up for lost time with meteoric growth. Her design and technical skills have developed quickly, and recently created an excellent sound design for a workshop of The 39 Steps (if you know the show, you know how big that design is). 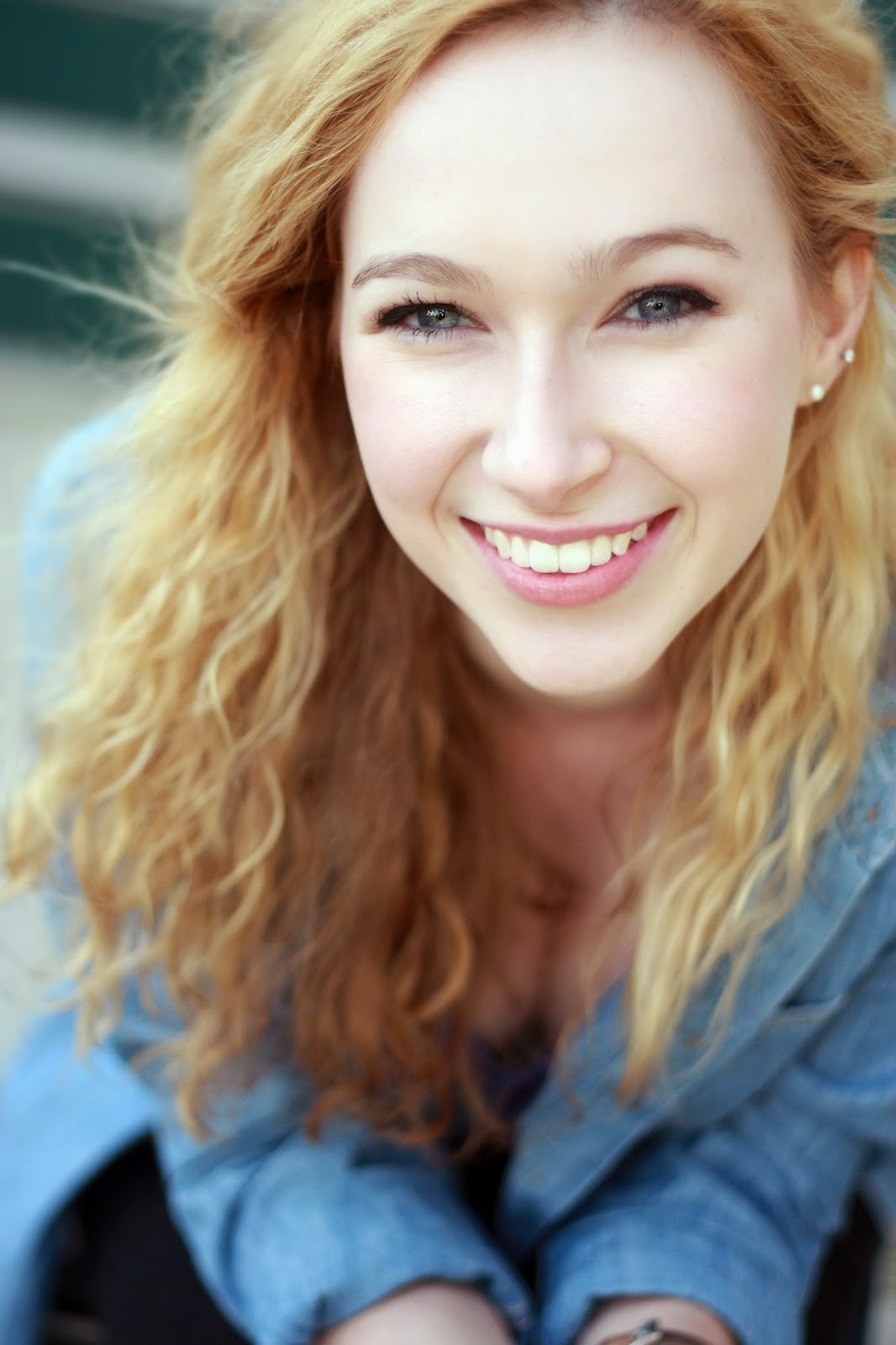 Karli has taken a number of sound design classes with the MFA students, and she's worked alongside them in production and crew work.  She's assisted on some large shows and designed a bunch of smaller projects.  She is tireless and always up for a new challenge. Mike and I are disappointed that she's graduating this spring, but we know that wherever she ends up, she'll make great work and do great things!

Congratulations Karli!
Posted by Vincent Olivieri at 9:00 AM No comments:

All of us who are part of the UCI Sound Design Program are excited to announce our two incoming students next fall. Here they are, the Class of 2017: 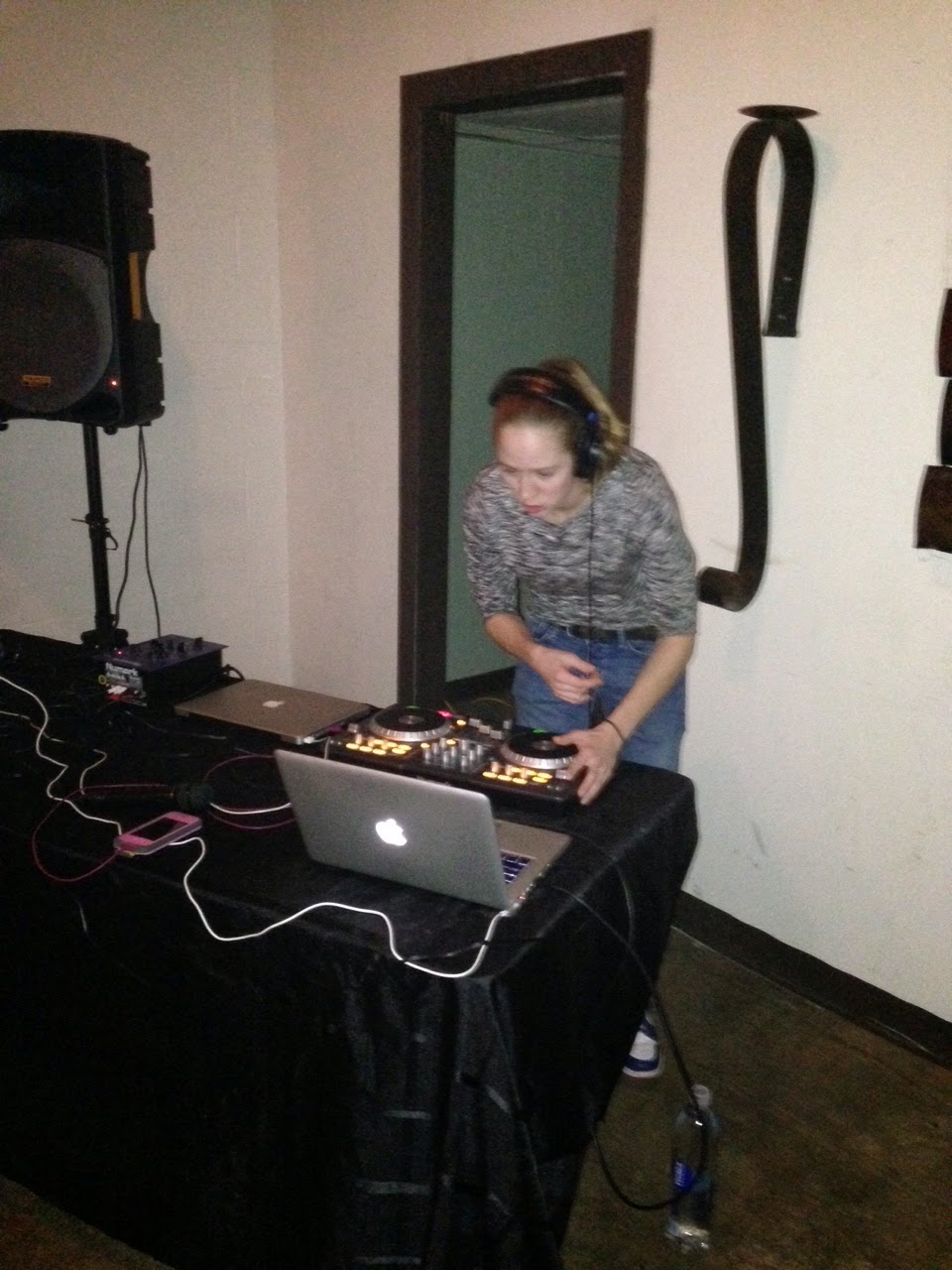 Andrea Allmond is currently working on staff at Dallas Theatre Center.  She's a Texan through and through, which is terrific for us, since our current resident Texan is graduating this spring. Andrea did a lot of conceptual sound design work in her undergraduate training, and she's filled out her technical chops at DTC working on the sound crew. Also, she boxes (!) 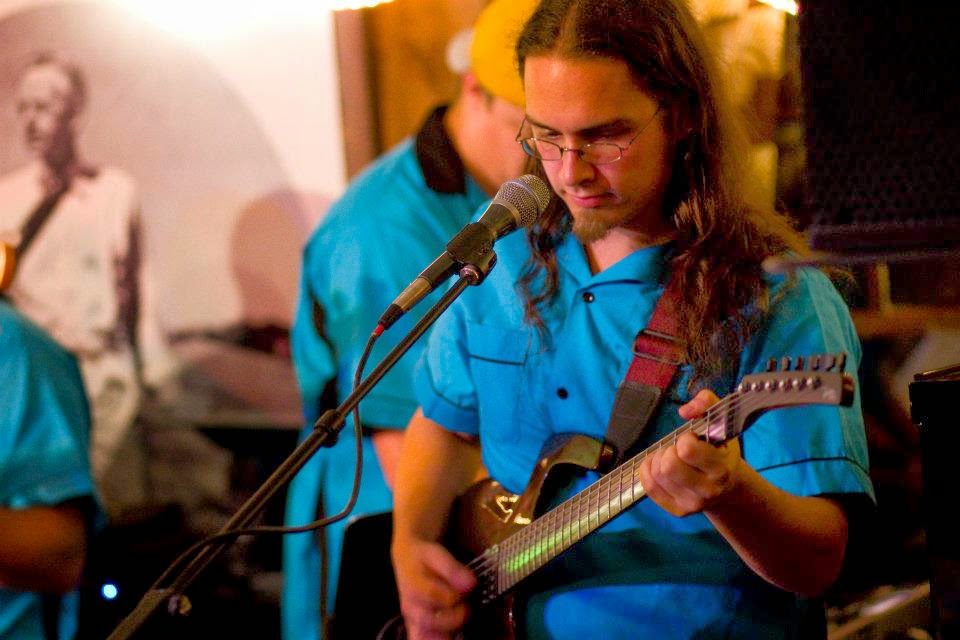 Ben Scheff will be moving all the way across the country from Boston (my favorite East Coast City).  Like Andrea, he's been out of school for a few years.  He is currently the Sound Engineer at Boston Conservatory and the TD at Circus Smirkus.  When not working those gigs, he also freelances around the New England area.

Mike and I are delighted to have Andrea and Ben join us next year.  We had a number of terrific applicants, and we're really looking forward to our new additions.

Posted by Vincent Olivieri at 2:54 PM No comments: