After an extensive search, we are thrilled to announce that Jeff Polunas will be joining UCI mid-May as our new Production Sound Supervisor! 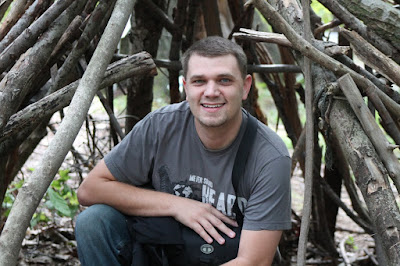 Jeff is thrilled to be retuning to UCI, where he received his MFA in Sound Design in 2012. Since graduating, Jeff previously served as Production Sound Supervisor at CSU-Fullerton for 5 years. Jeff is also a member of USA829 as a Sound Designer and has recently designed Shakespeare in Love and Sisters Rosensweig at South Coast Repertory. With over 125 designs to his credit, he has designed for the following theaters: South Coast Repertory, Antaeus, International City Theater, PCPA Theaterfest, Summer Repertory Theater, Atwater Village and many universities in Southern California. Jeff is also a member of the USITT MainStage Committee which he helps organize, install and run the Sound element of the MainStage events each year. Jeff is looking forward to working with the Graduate Students at UCI and helping mold future sound designers.


It's been a very long year since we lost our dear friend and longtime Sound Supervisor, BC Keller.  I would like to personally thank the following people for doing double-duty getting our shows up and keeping the shop from exploding:  our "unofficial" interim supervisors -- Kate Fechtig, Matt Glenn and Mark Caspary; our incredible grads -- Jordan Tani, Andrew Tarr, Ningru Guo, Hunter Moody, Jack Bueermann, Ben Scheff and Andrea Allmond; our Production Manager -- Keith Bangs; and the over-hire professionals from Diablo Sound.  You are all the very best, but thank goodness Jeff is on the way… and not a minute too soon!

-Mike Hooker
Posted by UCI Sound Design at 11:56 AM