Actually, it's not a class specifically about Arduino, rather it's Drama 282 Stage Electronics and Show Control. This class is for both MFA lighting and sound design majors.

Learning the basics of C++ and Arduino sketch programming provides a remarkably similar environment to PLC and show controller programming.  Our show control hardware is really only audio-centric -- so to be fair to everyone, the Arduino Uno made for a very inexpensive and versatile platform for control prototyping and exploration.

The class is busy working on their final projects in which they were given a relatively loose objective of taking in a stimulus of one kind and translating it into a structured action of another kind. Everyone has really taken to the Arduino environment. So far, I've seen solenoids, relays, ultrasonic distance sensors, LEDs, MP3 shields, serial control of Max and Isadora, and sketches so complex that the controller had to get upgraded to a Mega.  Final project presentations are tomorrow... but there is apparently a digitally controlled flame thrower involved and I'd rather not show the studio up in flames!

Some pictures along the way... 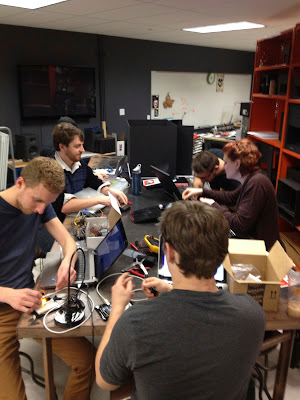 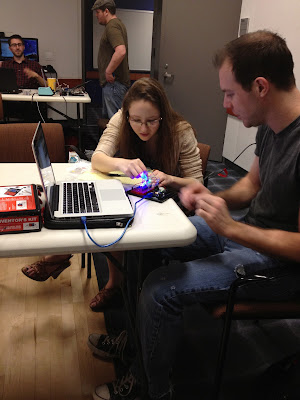 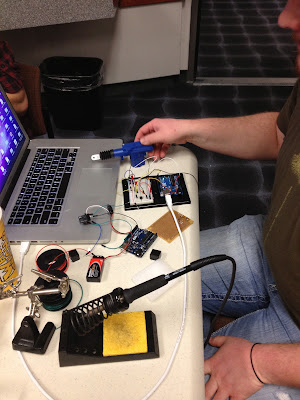 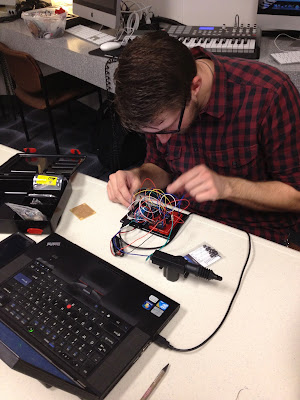 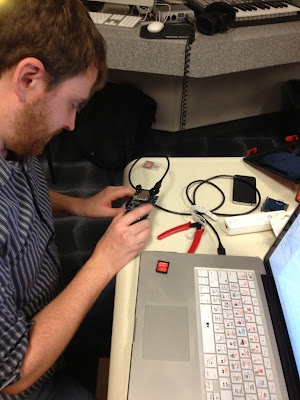 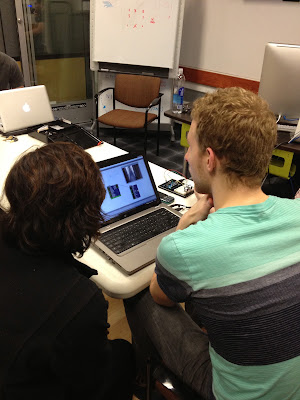