Mike and I are thrilled to announce our incoming class of MFA Sound Design students.  Brian and Mark will be joining us in the fall, and we're really looking forward to having them join our program.  Here's a little bit about each of them: 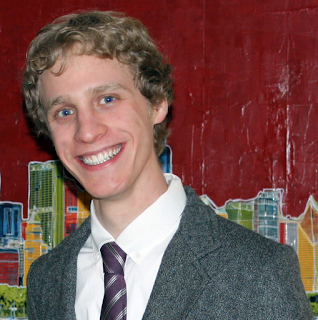 Mark Caspary will graduate from Illinois State University with a major in Arts Technology (music emphasis) and a minor in Theatrical Design. Originally from Springfield Illinois, Mark was involved in all aspects of theater, from performance to pit orchestra to lighting and sound crews. He won the Over the Moon Productions Brilliance Award for his work designing and engineering sound and lighting for local productions. At ISU, Mark studied all facets of media and theater design while continuing his percussion training. He designed sound for main stage productions of La Boheme by Puccini and The Women of Lockerbie by Brevoort. His work on Lockerbie resulted in him being named a national KCACTF finalist. He was sound designer for ISU production of Picasso at the Lapin Agile by Steve Martin and was assistant sound designer and engineered several other ISU productions. Last summer, Mark lit Springfield’s MUNI 2011 production of The Wizard of Oz and did a sound internship at the Utah Shakespeare festival with Joe Payne. Mark was part of a collaborative group that created and built a performance multimedia Laser Harp at ISU. As part of the ISU Music Business Association, he initiated and helped organize and mix monthly Open Mic Nights and other on campus shows. The last two summers, Mark also performed as part of the National Park Service’s Lincoln Troubadours singing civil war era songs. Mark enjoys playing guitar, piano, violin, percussion as well as hiking and cycling outdoors.
Brian Svoboda 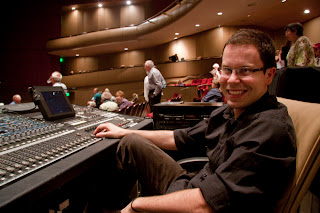 Brian is overjoyed to study with the students and faculty of the UCI sound design program. Shortly after studying with Curtis Craig at Penn State, Brian served as the lead audio engineer for the Gallo Center for the Arts for five years, building and managing an audio department from the ground up and creating education opportunities in a developing artistic community. He has mixed over 500 shows for thousands of unique patrons. Recent sound designs include Hairspray, The Music Man, Bye Bye Birdie, and the Wizard of Oz. Coming from a music background, Brian has a passion for music and the complexities of its journey from the musician to the listener. He is particularly interested in imparting this journey to audiences as a function of design that is accessible, adaptable, and progressive.


Mike and I are thrilled that both Brian and Mark will be joining us at UCI.  They'll be joining an incredible group of designers, and we're looking forward to spending the next three years with them as they focus on taking their work as designers to the next level.

Welcome Mark and Brian!
Posted by Vincent Olivieri at 12:46 PM